Have you ever wondered how companies and retailers set their prices? If you’ve ever taken an economics class, your go-to answer is probably something about supply-and-demand, right? While these laws certainly have a large influence over pricing, another realm of study does as well: psychology. In this blog post, I'll introduce how to optimize product pricing with Psychology with three case studies.

END_OF_DOCUMENT_TOKEN_TO_BE_REPLACED 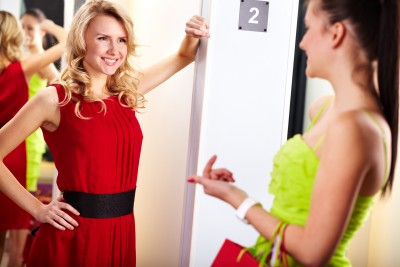 END_OF_DOCUMENT_TOKEN_TO_BE_REPLACED

Segmentation: 5 Blog Posts You May Have Missed

We know you’re busy and we want to make your life a little bit easier by launching our weekly list of posts you may have missed. This list will include our favorite links from lesser known blogs that contributed valuable content or insight, based on a specific topic related to psychology, brand personality, and consumer behavior. Here you will find content covering market, customer and email segmentation.

END_OF_DOCUMENT_TOKEN_TO_BE_REPLACED

Strengthening Brand Affinity: 5 Blog Posts You May Have Missed

We know you’re busy and we want to make your life a little bit easier by launching our weekly list of posts you may have missed. This list will include our favorite links from lesser known blogs that contributed valuable content or insight, based on a specific topic related to psychology, brand personality, and consumer behavior.

END_OF_DOCUMENT_TOKEN_TO_BE_REPLACED

Focus Groups: Why People Behave Differently When They Are Being Watched

Imagine you have been tasked with increasing revenue for an “honor system” coffee donation in your office. A collection box has been placed next to the shiny new caffeine machine and everyone is told to donate at least 50 cents whenever they help themselves, and more if they feel inclined. While this may seem impossible (who’s going to pay more if they don’t have to?!) there’s a tried and true way of ensuring consistent payment without hiring a barista: stick subtle eyespots (images of eyes, or eye shaped designs) on the machine. In an elegant study by Bateson et. al. 2006, this potentially silly-sounding method led people to donate three times more to the pot than their coworkers who were exposed to a coffee machine without the eyespots. This study fits into a growing body of research trying to unravel exactly what effects implicit cues have on behavior. An implicit cue is simply something we are not aware of which can then have an effect on behavior (the output). For instance, the eyespots in the above example were an implicit cue which made the subjects feel as though they were being watched, thereby altering their behavior, leading them to act in a more altruistic manner. When marketing research firms conduct focus groups, dozens of implicit cues (for example. the neighborhood the site is in, the furniture in the room, how the other participants are dressed, etc.) may affect people’s behavior and responses. While many of these can be controlled, research suggests that the “feeling of being watched” can have far-reaching effects that bias the results of the focus group.